Surgeons left 4,857 objects in patients over the past two decades 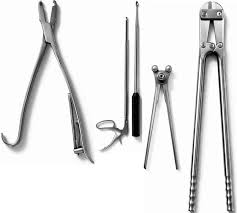 They sound like some of the worst mistakes a surgeon could make: Leaving an instrument inside a patient. Operating on the wrong body part — or the wrong person. They’re aptly named “never” events, the errors that should never, ever occur.

Turns out, however, these “never” events happen quite frequently, about 500 times a year. Between September 1990 and September 2010, new research in the journal Surgery found evidence of 9,744 paid malpractice claims for never events.

About half of those cases were ones in which surgeons left an object inside the patient (separate research suggests that the most frequently forgotten items are sponges). The other half were cases where the surgeon operated on the wrong part of the body or performed the wrong procedure. A small number, 17, involved surgeons operating on the wrong person altogether.

These events are dangerous: When the researchers analyzed a smaller cohort of data, from 2004 through 2010, they found that 6.6 percent of patients experiencing a never event subsequently died. A third had a permanent injury and 59 percent had a temporary injury.

Patients who received the wrong procedure were at highest odds of death or permanent injury. The research also found that younger patients had significantly better odds of surviving a never event than did patients over 60.

Keep in mind, these data only draw from malpractice claims that were paid. The data would not capture a never event where a patient did not experience harm.

It’s hard to know whether this study even captures the full breadth of never events. As the study’s lead author Winta T. Mehtsun, a surgeon at Johns Hopkins University School of Medicine, points out, their data only cover malpractice claims. They don’t touch cases never filed.

“Although the data we utilized captured surgical never events resulting in malpractice claims, many do not reach legal process and are then only voluntarily disclosed, with little coordination among reporting bodies,” he writes in the Surgery article.

As for a solution, a way to make sure surgeries happen on the right body part with no objects left behind? Separate research has traced many medical errors back to a lack of leadership or communications. Hospitals that have implemented checklists have seen success in increasing communication between health-care providers. Others have reviewed their policies to see where patients might be slipping between the cracks, and made improvements that way.

“We trail behind other high-risk industries that have used systematic approaches to successfully identify and reduce sentinel errors,” the researchers conclude. “Strategies used in other complex systems such as aviation may help provide a blueprint to examine both the individual and the institutional factors that contribute to these preventable and costly events.”