Program Cuts Use of Antibiotics in Kids 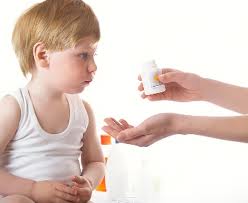 An educational intervention combined with regular feedback to pediatricians reduced inappropriate prescribing of antibiotics for children treated for respiratory infections in an outpatient setting, a randomized trial showed.

Within the first year, the percentage of broad-spectrum antibiotics prescribed for any indication fell by an absolute 12.5% in the intervention group compared with a drop of 5.8% in the usual-practice group, a significant difference (P=0.01), according to Jeffrey Gerber, MD, PhD, of the Children’s Hospital of Philadelphia, and colleagues.

That difference was largely driven by less use of antibiotics for pneumonia (P<0.001), reductions in use for sinusitis and streptococcal pharyngitis were not statistically significant (P>0.1 for both), the researchers reported in the June 12 issue of the Journal of the American Medical Association.

There were no effects on antibiotic prescribing for viral respiratory infections, which weren’t frequent to begin with.

“Future studies should examine the drivers of these effects, as well as the generalizability, sustainability, and clinical outcomes of outpatient antimicrobial stewardship,” Gerber and colleagues wrote.

Such antimicrobial stewardship interventions in the outpatient setting have been examined before, but “this study did a better job of looking at sustainability of the intervention over time,” according to Brian O’Sullivan, MD, of the University of Massachusetts Medical School in Worcester, who was not involved in the study.

Inappropriate prescribing of antibiotics for viral acute respiratory tract infections is well known, but it can also be an issue for bacterial infections  –  in cases in which a broad-spectrum drug is given when guidelines recommend a narrow-spectrum drug, for example.

Antimicrobial stewardship programs have been shown to be effective in improving adherence to guidelines for antibiotic prescribing in hospital settings, but less is known about how they might work in outpatient settings, where most of the antibiotic prescriptions for acute respiratory tract infections are written.

To explore the issue, Gerber and colleagues conducted a cluster randomized trial within a network of pediatric primary care practices in Pennsylvania and New Jersey; 18 practices and 162 clinicians participated. Data came from an electronic health record used by all of the practices.

After excluding children with chronic medical conditions, antibiotic allergies, and prior antibiotic use, the researchers examined the trajectories of antibiotic prescribing for the 20 months before and 12 months after the intervention. During the study period, there were 1,291,824 office visits by 185,212 unique patients.

Clinicians in the practices included in the intervention group received a single, on-site education session lasting 1 hour in which a pediatrician board-certified in infectious diseases provided information about current guidelines on antibiotic prescribing. That was followed by personalized audit and feedback of prescribing patterns delivered every 4 months for 1 year.

Of the children who received antibiotics for any indication, the percentage of the drugs that were broad spectrum fell from 26.8% before the intervention to 14.3% after intervention. In the control group, the rate declined to a lesser degree from 28.4% to 22.6%.

The absolute rate reduction was also larger in the intervention group among children with acute sinusitis, but the difference did not reach statistical significance (20.1% versus 6.1%, P=0.12).

Although the study shows that improvements in antibiotic prescribing can be made, “broad-spectrum antibiotic overuse continues in humans across age groups and conditions, as well as in agricultural use and other factors that drive emerging resistance,” according to Jonathan Finkelstein, MD, MPH, of Boston Children’s Hospital.

“The good news is that a range of effective techniques for promoting judicious prescribing in ambulatory care have been developed and tested; it is also apparent that the influence and benefit of any of these interventions will vary greatly across settings,” Finkelstein wrote in an accompanying editorial. “Tailoring strategies to contextual factors and adapting them further during implementation may well be more effective than merely rolling out the approach with the greatest average effect in the average practice.”

Gerber and colleagues acknowledged some limitations of their study, including uncertain generalizability outside of the network of pediatric practices included in the study, the inability to isolate which element of the intervention was responsible for the changes observed, and the relatively short 1-year duration of follow-up.