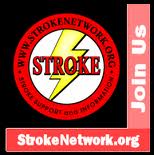 Stroke care networks save lives and reduce the need for long-term care, a study of one of the largest and longest operating networks confirmed.

In an integrated system of stroke care delivery in Ontario mortality rates 30 days after hemorrhagic stroke decreased from 38.3% to 34.4% after the networks were fully implemented (P<0.001) and discharge to a long-term care or chronic care facility dropped from 16.9% to 14.8% (P<0.001), reported Moira Kapral, MD, of the University of Toronto Institute for Clinical Evaluative Sciences, and colleagues in CMAJ.

The 10-year study included data on 243,287 patient visits to emergency departments (ED) and 163,198 hospital admissions for acute stroke or transient ischemic attack before and after 2005, when the stroke care network became fully operational in Ontario.

The networks are designed to integrate the delivery of stroke treatment across regions to optimize the chances that patients will receive timely, evidence-based therapies even if they don’t live near a designated stroke center.

“After the stroke network was introduced there were clear improvements in the quality of stroke care,” Kapral told MedPage Today. “More patients were treated with optimal stroke care interventions, such as thrombolysis, including clot-busting drugs, and stroke-unit care.”

They assessed the effect of the full implementation of the Ontario Stroke System in 2005 on the proportion of patients who received care at stroke centers, and on rates of discharge to long-term care facilities and 30-day mortality after stroke.

The proportion of patients who received care at either a regional or district stroke center increased from 40% before 2005 to 46.5% after full implementation of the system (P<0.001). The median time from stroke presentation to carotid revascularization decreased from 50 to 22 days (P<0.001).

Piecewise regression analysis showed a gradual increase in the rate of care at stroke centers before 2005, followed by a significant upward shift in rates in 2005.

By far the biggest improvements were seen at regional and district stroke centers, with little or no change evident at nondesignated centers, the authors reported.

The authors cautioned that “although we observed an increase in the proportion of patients seen at designated stroke centers over the study period, the absolute magnitude of the increase was modest, with more than half of the population receiving care at nondesignated centers even 5 years following the full implementation of the stroke system.”

They suggested that this was the result of the system being designed mostly to facilitate the transfer, or bypass, of those patients most likely to be good candidates for thrombolytic therapy or neurosurgical interventions.

Nonetheless, the decreases would be expected to result in about 200 fewer stroke-related deaths and 300 fewer patients requiring long-term care or chronic care annually, they pointed out.

The researchers conceded that significant regional variations in care persist, and they acknowledged that Ontario’s large and geographically diverse territory has made the implementation of an integrated stroke care network a challenge.

Kapral said increased utilization of telemedicine and other efforts to provide evidence-based therapies to patients not treated at designated stroke centers should improve patient outcomes.

The Ontario Telestroke Program has provided neurologist consultations for stroke patients treated at regional hospitals without stroke centers over the last decade and 30% received thrombolytic treatments.

“Despite our best efforts, there will always be patients who just don’t live close enough to a stroke center to be treated at one,” she said. “That is why networks are especially important in rural and remote areas.”